Why Are Teenagers Listening to Vinyl? 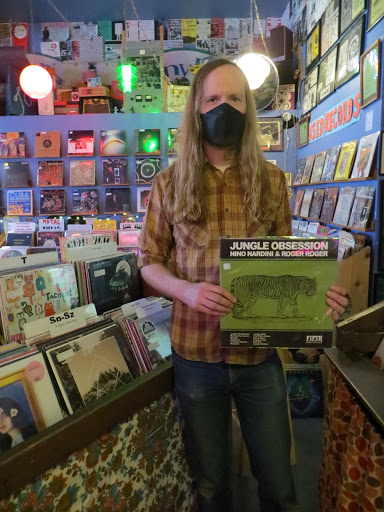 Record stores big and small have observed a surprising trend in recent years, that of a resurgence of teenagers having an interest in collecting and listening to vinyl records. In the early 80’s, vinyl used to be the primary format to listen to music on, yet vinyl records all but died out in the late 80’s and through the 90’s as CD sales took over. However, in the past few years teenagers are discovering the love for vinyl their parents had forty years ago. With the modern advent of music streaming platforms such as Spotify and Apple Music that streamline the listening experience into a simple to use and comprehensive service, there must be a reason that teenagers are returning to a medium that requires quite a bit of maintenance to keep continuously working well.

Adam Hardaway, manager of Olympia’s Rainy Day Records, says “Teenagers didn’t really buy records at all…until maybe the last 5 years, 8 years” and “it’s really in the last year that teens really started buying records,” making one wonder what has caused the sudden interest in vinyl records among teenagers. Sonny Charneski, Olympia High School Junior, thinks there are many reasons to listen to music on vinyl. Charneski says that for one thing, “with a record, it sounds completely different and better than on Spotify.” Charneski prefers the sound of vinyl records to that of digital music, saying that with digital music “the waves are compressed into a small audio file” while with analog formats such as records and cassettes the entirety of the wave is preserved and played back, allowing for music that is truer to the original recording. Charneski also notes the tangibility of vinyl as an advantage over streaming music: “With a record or a cassette you can actually hold it and feel it,” says Charneski, which allows for the creation of  “relationships between people” through the sharing of physical albums. Charneski himself is quite aware of the trend of teenagers getting into vinyl. “It’s just really blooming right now with our generation,” Charneski says. He believes that vinyl collecting is “a hobby for everyone…anyone can listen to records.”

Some people may have misconceptions about how expensive listening to music on vinyl can be. Charneski notes that vinyl collecting is only as “expensive as how much as you want to put into it.” Rainy Day Records is always ready to help newcomers get started with turntables; some entry level turntables can be picked up for under a hundred dollars. It’s possible to pick up many great used LPs there for under five dollars. For those really on a budget, Rainy Day offers a 98 cent record bin. Many of the 98 cent records have been scratched to death but often it’s possible to find good albums in decent shape that simply have a beat up sleeve.

Hardaway is unsure why teenagers have been getting interested in vinyl in recent years. He knows that teens are “definitely the fastest growing segment of our customer base,” but as to why this trend has just started up now he isn’t quite sure. Hardawy notices that “we see a lot of music that’s popular on streaming services being bought on vinyl,” which leads one to believe that perhaps teens are discovering their favorite albums on streaming platforms and then are buying them on vinyl to have a more intimate experience with the albums that mean a lot to them. Hardaway also theorizes that social media may play a role. Teens post what they’ve found at record stores or what they’re listening to on platforms such as Instagram, and other teens see such posts and get interested. Perhaps teenagers have simply woken up to what vinyl enthusiasts have been loving about vinyl for decades.

Sawyer Jones, Olympia High School Junior, thinks that when it comes to listening to vinyl, it’s all about the experience. “There’s nothing romantic about pressing a button,” Jones recounts. They enjoy listening to vinyl because “you get to genuinely feel the music and feel a connection and bond with it,” which is harder to do when streaming music. Vinyl offers a tangible object to become attached to, which may be why teenagers feel more of a connection to albums they own on vinyl.

It appears there are many reasons teenagers have taken to collecting vinyl, and those who love the format feel strongly about it. “If you’re not doing records…I think you’re just missing out,” Charneski says, physically surrounded by the music he loves in record bins.