Jay Inslee is Gonna Do it!!: Where Jay Inslee’s Campaign is now 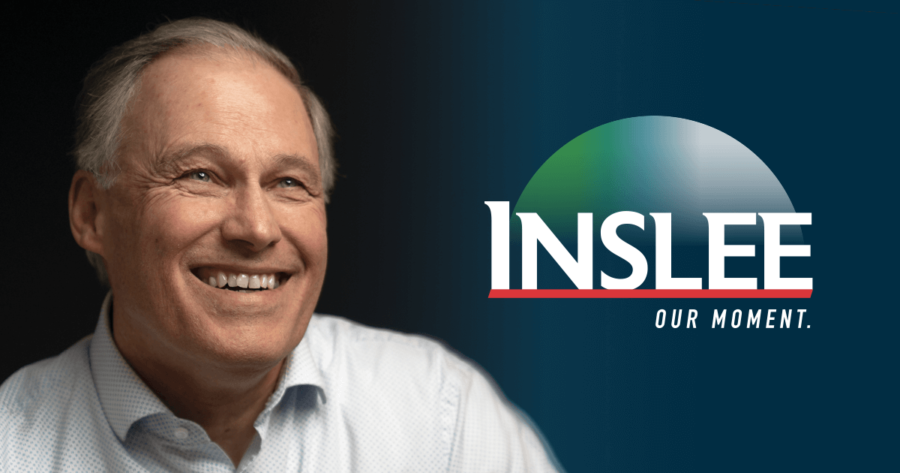 Since 2013 Jay Robert Inslee has held the position of Governor of the State of Washington and during this time has brought many education, social justice and especially environmental overhauls to the state. However with the ever encroaching 2020 presidential election beginning it’s early stages, many democratic candidates are presenting themselves with the hope of becoming the democratic nomination. Jay Inslee included.

On March 1st, 2019 Governor Inslee announcement himself as a democratic candidate, hoping to become the next president of The United States. This means that he will also likely not be running for re-election for governor leaving it up to people such as Bob Ferguson, who lead the lawsuit against the Trump administration for the 2017 travel ban and Dow Constantine, who currently serves as a King County executive.

As Inslee runs for office, he’s made focuses of his campaign crystal clear advocating for climate conservation with his “New Green Deal”, social justice concerns such as his ruling on the death penalty being unconstitutional due the the disproportionately large number of minorities being charged with it, and gun control going as far as to confront President Trump on live television and denounce the President’s idea to arm school teachers.

Being the largest and most important to Inslee in his campaign, climate change has been one matter he’s been the most vocal on. And thanks to the widespread support of climate conservation among younger voters, “he just might be able to capture a piece of the young voter pie” says Tim Hadford, a student at OHS. Though it’s not the only subject matter he’s covered in his election, in a tweet from last February, he wrote “Climate change isn’t more important than health care. It IS health care”, he responded to a tweet from the Clean Air director and senior attorney for the Natural Resource Defense Council John Walke. The tweet to point out a possible flaw in the speaking points of President Trump. Along with his vocal advocacy, he’s also been working on multiple pieces of legislation such as last year’s failed Carbon tax, and his green new deal, working to combat climate change and carbon emissions on the largest scale in U.S. history. The green new deal being the focal point of his election holds him in a precarious point, saying earlier this May “This is a moment of great peril — but it’s also a moment of great promise” about his new deal. If his election were to fall short, it would be likely that he would attempt to get this new deal through to the next Democratic President, or even a diluted version of the deal President Trump if his reelection is successful.

However currently the chances for his election are looking quite grim. With a total of over $2.25 million raised however with the 2016 presidential election costing $6.5 billion, he would have a long way to go to match those funds. And along with his relatively low funds, his current polling is anywhere from 0-1% for the democratic primaries so with low odds, he presses onwards towards elections.