The Coronavirus on College Campuses 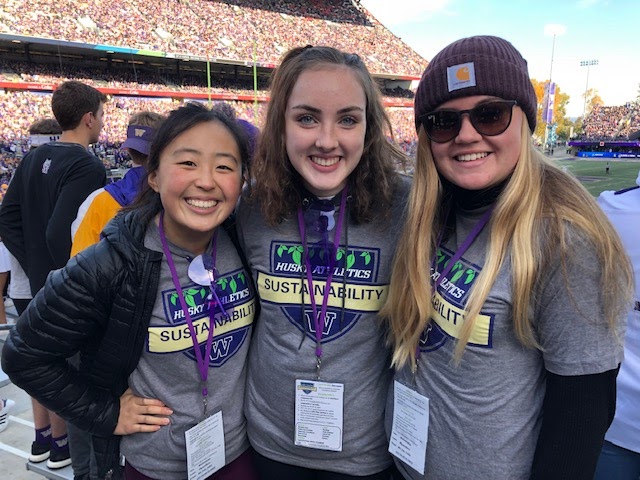 Before the COVID-19 pandemic Emma Song, left, smiles at a football game with friends during her freshman year of college.

As many schools across the nation have deviated from their normal schedules due to the outbreak of COVID-19, colleges and universities have put a variety of procedures and safety measures in place to mitigate the spread of the coronavirus on campus.

Some of the many COVID-19 protocols that universities have implemented include limiting one person to a dorm room, requiring masks at all times on campus, limiting groups to five students or less, having a blend of in-person and online classes, and prohibiting indoor dining. Annika Eisele, a freshman, and swimmer at Pacific Lutheran University, noted that there are extra procedures for athletics, including taking a COVID test weekly, having no spectators at events, and only competing against teams in Washington state. Additionally, Rebecca Falash, a freshman and member of the Oregon State University rowing team, added that there is increased separation between athletes during training, masks during weights, and cardio exercises limited to outside.

With these policies put into place, some universities have encountered situations in which these rules were violated. After snowy weather swept through Seattle and many neighboring cities, hundreds of students from the University of Washington were seen gathering, many not wearing masks. With images from the gathering circulating on social media, frustration quickly arose at the students who were not taking the pandemic seriously. “It can be very frustrating for the people who are following the guidelines,” Emma Song, a sophomore at the University of Washington said. While the University of Washington has urged the students involved in the party to quarantine and get tested, there has also been increasing pressure on school administrators to suspend students seen violating the restrictions.

Despite the many precautions the University of Washington has put into place, many people believe that the University should do more to punish those who are not following the rules. The University of Washington put out a statement following the party condemning these gatherings, but many students believe that it is not enough. “I think they should do more,” Song said. “Even though the University sent out an email threatening a punishment up to suspension [if a party] happens again, they’re not really punishing students for what had already happened.” Song goes on to describe how this just tells students not to get caught rather than actually enforcing its policies. Additionally, Falash remarks that “there isn’t much communication between the student body and administration when looking for next steps [after being written up for violating Covid-19 protocols]. I feel like they are still kind of lost when trying to find what to do in certain situations.”

While many universities have encountered some resistance to the new protocols set in place, Eisele, Falash, and Song believe that the majority of the student body respects these rules. “I think that everyone is grateful to be allowed on campus so they want to follow the rules and do the right things so we can keep that privilege,” Eisele remarks. Although there has been a lot of attention surrounding the University of Washington because of the students who ignore the policies, Song emphasizes that this does not represent the entire student population and that only a small percentage of the students on campus are seen violating COVID restrictions. While there are still debates surrounding the different protocols put into place to combat COVID-19 and the response of administrators when these procedures are violated, the majority of university administrators and students are doing their best to remain safe on campus.