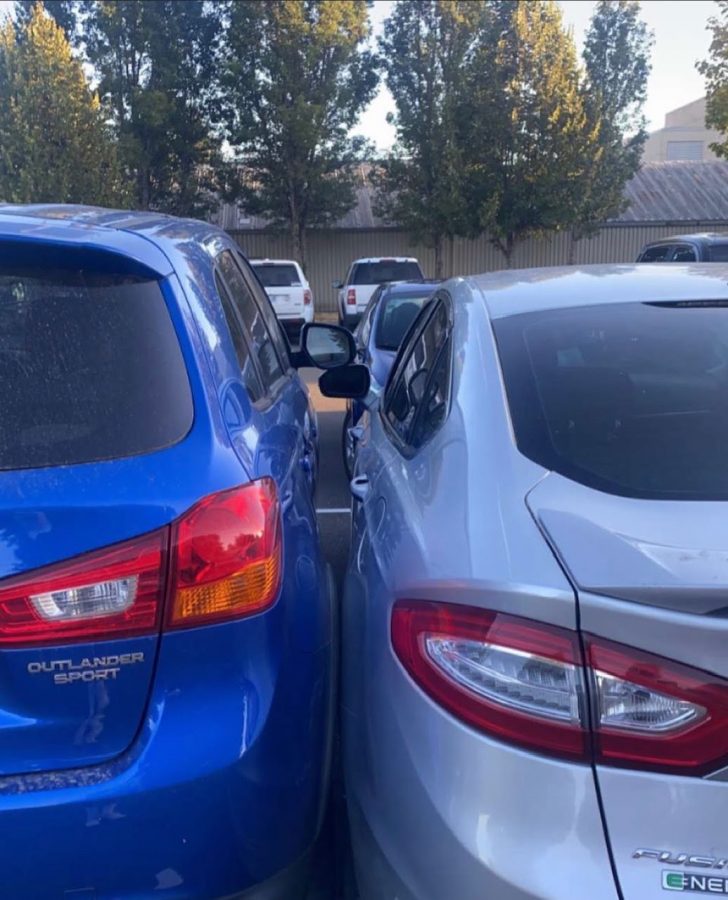 The OHS parking lot has long been a breeding ground for egregious parking offenses, and students have just recently started to take notice. A student-run Instagram account, “OHS ‘Best’ Parking,” has taken up the task of documenting these crimes against the school’s chalk lines for all to see. Taking anonymous submissions, the page has been posting photos of students’ sketchy parking jobs since this last October. It quickly grew popular and is steadily approaching 1,000 followers.

The page’s owner, staying anonymous, says, “I saw another school have a bad-parking account and thought it was a really fun and cool idea, so I decided to make one for Olympia.” The owner did not expect the page to grow as quickly as it has, but they attribute some of its success to the fact that, “it’s a fun way to be involved with the school and a great way for students to interact.” When asked if the page has run into any issues or threats from school administration, the owner responded: “No, not at all! For the most part, I think everyone finds joy out of the account. We have had someone ask us to take a post of their car down, and I had no problem doing that for them. But other than that, we have gotten no threat.” The page makes an effort to blur out the license plates of all featured cars.

Travis Hixon, OHS Student Driver, commented on the Instagram page. “I think it’s pretty cool. It’s a thumbs up from me.” However, rather than spreading awareness about bad parking, Hixon says the page “does the exact opposite. It makes people worse parkers.” The page, aside from documenting the naturally abysmal driving skills of some OHS students, has unintentionally sparked a new phenomenon. Some students have been found to purposefully park in a comical fashion in hopes of being featured on the Instagram page. Joseph McInnis, another OHS Student Driver, feels “like a lot of people, specifically people with trucks- but it’s hard to tell because truck drivers are normally bad at driving- are doing it for attention, parking badly on purpose.”

Statistically, truck drivers have been the worst malefactors when it comes to spoofing bad parking jobs at OHS. 11 out of the current 49 posts on the OHS “Best” Parking Instagram page have featured trucks, many of whom are repeat offenders. As a result, the page has brought up a general discontent for the truck driving community. Hixon goes on record, commenting that truck drivers are “a thumbs down. Bottom of the food barrel. I feel like they’re rancid apples.” McInnis expressed a similar sentiment, claiming that “I hate them. I have never met a nice truck driver. They all drive and park like ***holes.”