Mental Health and the academic toll 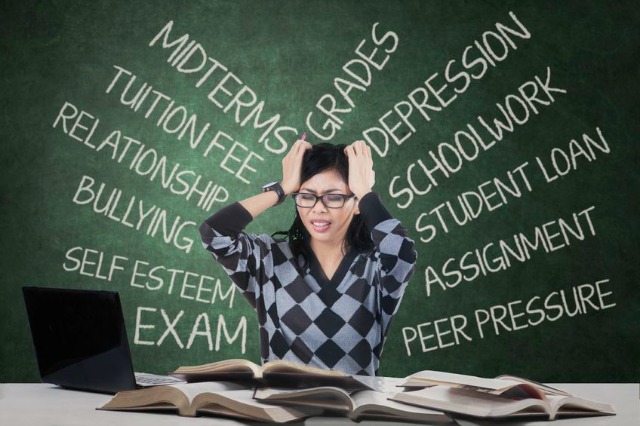 It’s 2016 – and mental health is at an all time high. And from the looks of it right now, it’s only going to go up (thanks to the presidential election results). But what does mental health mean to students, and how can it take a toll on their academic and/or personal lives?

According to an article published on February 26th, 2016 from The Independent, anxiety & depression rates in teenagers have gone up by 70% in the last 25 years. So it’s no doubt that this issue is becoming much more relevant. But since it’s increasing, so are the numbers of ways that it’s affecting students. “I think everyone’s trying to figure out how we can help” says John Gerrits, current dean of students at Olympia High School. I’m working with many students who have severe anxiety and are missing school because of it, and it’s hard for the student because it’s not something that’s so easy to get rid of. You can’t just pop a pill or talk to someone to make it go away. And I think the most difficult part is figuring how to live around it.”

Now the biggest issue isn’t how it affects them in school. The biggest issue is that students more than often don’t get any help from this. And at that point, who’s held responsible for it? Gerrits stated “The hardest thing is when a student doesn’t tell us, and we have to figure it out.” Now the idea that many students who are in these conditions and are living on their lives with little to no help is scary. Because it’s only a matter of time before they get too low and it starts to affect their mental and/or physical health. According to an article “Teen Suicide Statistics”, a study from the American Academy of Pediatrics found that 90% of teen suicides are rooted from mental health disorders, most commonly from depression and/or anxiety. And that’s a big deal knowing that 20% of teenagers in the U.S. have depression. And it’s probably higher than that knowing that many teens who have it don’t like to talk about it or let polls know.

But what’s causing a generation of persistent paranoia? Why are many students experiencing frequent symptoms of depression? A big reason is social anxiety, or having this weighing self consciousness on yourself. And those aren’t necessarily easy mountains to hike. Especially when talk therapy and antidepressants, the two MOST common used methods to help deal with depression are proven for many people, to not work.

If you’re reading this and you experience severe depression and or/anxiety, then here’s a list of alternative ideas that probably won’t fix it forever, but many people find helpful for temporary distractions

7 cups of tea app – free online therapy
Developing a new hobby or interest
Stick to a schedule and set goals. Start small!
Try a creative hobby to outlet your emotions!
Take a walk for a bit outside while listening through your favorite album
Make lifestyle changes – start from small to large!