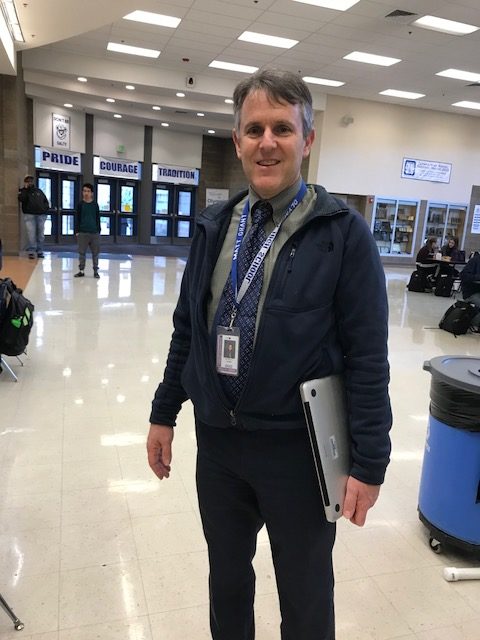 School is hard, for everybody. Students have to keep up with their social lives, as well as their schoolwork and family time. Teachers have to do the same, as well as operate for hundreds of students a day. This ongoing schedule of non-stop work can be exhausting for many people. Which is why some districts around the country adhere to a year-round school schedule. Many people when hearing ‘year-round school’ begin to panic, when in fact, those under a year-round schedule attend school for the same number of days the rest of the U.S. students do. Their school days are just separated differently, with longer breaks more frequently, and a much smaller summer break. But what do people think of this type of schedule?

Students and staff have the potential to greatly benefit from a schedule like this. Students would have shorter chunks of school, abolishing the sense of never making it to break, while also not having the extended time off from school that is summer break. Mr. Grant, Principal of OHS says, “I think it’s very positive, I like the concept of going to school pretty continuously and taking more periodic breaks rather than the steady schooling and then taking a longer break.”  Most students don’t review over break, and come back to school having to refresh their memory on everything they had learned the previous school year. With a much shorter summer break, that wouldn’t be an issue. Teachers and other staff would have benefits as well. Teachers would have more time to plan long-term classroom goals, and organize the needs of their classroom without overworking themselves to the point of exhaustion.  Other faculty members would benefit from the spread out work-year as well. Going off the idea of a beneficial schedule, Scott Clifthorne, member of the OSD school board, is working on a committee concerning this issue. The committee will work with a group of students and district staff to investigate school schedule times such as start times and school days.

There are, however, drawbacks. Many feel that summer break is necessary for both students and staff, as it is time for everybody to relax and take a break from school. Summer is also time for many people to go on vacations and spend time with family they normally wouldn’t have during the school year. “I feel that an abrupt change would not be the best, students and teachers are so used to the regular schedule with summer break, that a change in schedule would throw them off,” says Lucas Bowers, Freshman at OHS. Many people wouldn’t even want to change just because most people are comfortable with what they know, and it would be completely new for everybody. Students and teachers also often get summer jobs to help support themselves and their families, and a year-long schedule wouldn’t allow for that. Since this abnormal schedule doesn’t have any more school time than our regular schedule, those who rely on a summer income wouldn’t be able to reciprocate it. “In regards to retention, I don’t think more breaks spread over time is the best idea, but students should take advantage of the summer learning time,” explains Mrs. Boelts, Career Counselor at OHS.  Many would also have issues with extracurricular activities, as they could conflict with the different schedule.

A year-long school schedule has many benefits, as well as downsides. The idea of this enormous change in our daily lives can be frightening, but also inviting. Change is difficult for everybody, but it can still be positive. Many people in the educational system, whether they are students, teacher, administrators, or involved in any other way, can be burnt out really quickly. Consider this as an option. Change is inevitable.