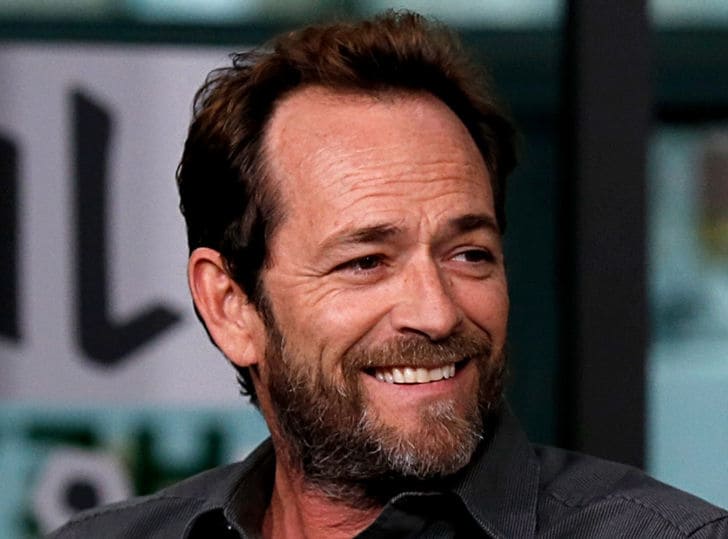 The aftermath of Luke Perry’s death devastated his friends and family all over the world. According to the article, “Luke Perry, of ‘90210’ fame, dead at age 52”, NBCNEWS writen by David K. Li.“The actor was rushed to the hospital Wednesday after suffering a stroke at his home in the Sherman Oaks neighborhood of Los Angeles, officials and a spokesperson for Perry said. Perry was surrounded by his family including his children, Jack and Sophie; fiancee, Wendy Madison Bauer; and ex-wife, Minnie Sharp, when he died, his publicist said. Perry was slightly young for a stroke victim, as 66 percent of those who suffer from such an attack are 65 or older, according to the Center for Disease Control and Prevention. But strokes, which are behind about 5 percent of U.S. deaths annually, are on the rise among those between 25 and 44. Perry’s father died in his mid-30s from a heart attack, which could also contribute to his relatively young death”.

Perry was born Coy Luther Perry III October 11, 1966, in Mansfield, Ohio, to Ann Perry and Coy Perry Jr. His parents divorced in 1972. Perry’s mother later married construction worker Steve Bennett, and his older brother, Tom, younger sister, Amy, and stepsister, Emily, were raised in the small rural town of Fredericktown, Ohio. Perry had a strained relationship with his biological father. When Coy Sr. died of a heart attack 1980, he attended his funeral but the two never reconciled. Perry moved to California to pursue acting after graduating high school.

Before his big break on “90210,” Perry got a part as Ned Bates in “Loving,” an ABC soap, in 1987. According to the actor, he was rejected 216 times before getting the role. He moved to New York and stayed on the show for a year before leaving and working on commercials and doing a short stint on another soap, “Another World.” He moved back to Los Angeles in 1990 and was cast as Dylan McKay in June.Three years into its run, “90210” became a major hit, and Perry was a heartthrob and sex symbol. He left the show in 1994 to pursue film. After roles in “The Fifth Element” and “8 Seconds,” he returned for the last two seasons of the show in 1998.“I’m going to be linked with him until I die, but that’s actually just fine,” Perry said of his character in 2008. “I created Dylan McKay. He’s mine.”    According to the article “Luke Perry Dies; Former ‘90210’ Actor was 52”, NPR.ORG writen by Bill Chappell. When he died, Perry “was surrounded by his children Jack and Sophie, fiancee Wendy Madison Bauer, ex-wife Minnie Sharp,” and other close relatives and friends, his publicist said. News of Perry’s death immediately triggered tributes and condolences from other celebrities, including Molly Ringwald, who said via Twitter, “My heart is broken. I will miss you so much Luke Perry. Sending all my love to your family.”Perry’s failing health prompted emotional comments from one of his former co-stars Sunday night, when Shannon Doherty, who starred alongside Perry on 90210, told Entertainment Tonight, “I can’t talk about it [here] because I will literally start crying. But I love him and he knows I love him.” “It’s Luke, and he’s my Dylan,” Doherty added, speaking at an event for the Animal Hope and Wellness Foundation.

“The family appreciates the outpouring of support and prayers that have been extended to Luke from around the world, and respectfully requests privacy in this time of great mourning,” Perry’s publicist said. While Perry was best-known for playing a teenager, he was in his early 20s when he joined the cast of Beverly Hills 90210 in 1990. In the years since, he also had recurring roles on a number of other shows, from OZ to Riverdale. In a statement, the makers of Riverdale called Perry a “beloved” member of their team who was “everything you would hope he would be: an incredibly caring, consummate professional with a giant heart, and a true friend to all.”It added that Perry had been a “father figure and mentor to the show’s young cast.”Perry’s prolific acting career includes his extensive work as a voice actor. His famously husky voice has been part of animated series that range from The Simpsons and BikerMice From Mars to Johnny Bravo. Perry also made headlines in October 2016, when he greeted his 50th birthday by appearing on the cover of AARP’s magazine, along with the headline, “Welcome to the 902-5-OH.”